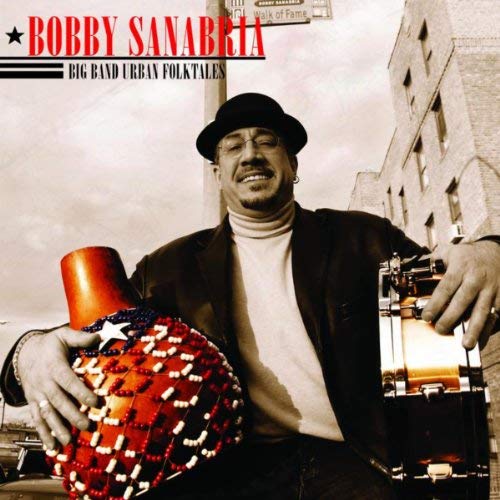 Bobby Sanabria continues the tradition of creating exciting Latin jazz in a big-band setting with this outstanding release. Long after daring to ask to sit in with the legendary Tito Puente (while only a teenager), the veteran percussionist put together a memorable session by recruiting outstanding musicians and encouraging them to write for the band, along with adding a few compelling charts of his own. One can immediately feel the energy as trumpeter Michael Philip Mossman and the leader make their presence felt in the brassy opener, “57th St. Mambo,” written by Mossman. Bass trombonist Chris Washburne wrote the slinky “Pink,” which fuses several styles and suggests young men strutting their stuff down South Beach in Miami Beach. The band also successfully delves into a pair of Hermeto Pascoal’s works (the dreamy “O Som do Sol” and the moody ballad “Obrigado Mestre”) and a very fresh take of the often pedestrian “Besame Mucho,” featuring an effective vocal by Hiram “El Pavo” Remon. But the big surprise is a driving Afro-Cuban arrangement of rocker Frank Zappa’s big-band piece “The Grand Wazoo,” which retains enough elements of the original while adding plenty of Latin spice.
— Ken Dryden, All Music Guide